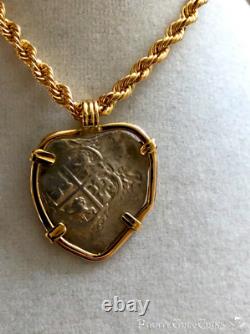 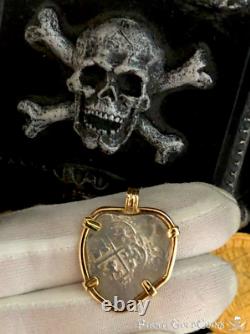 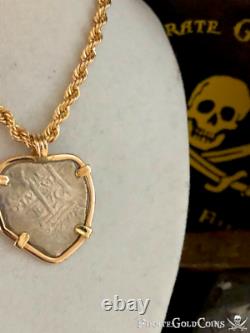 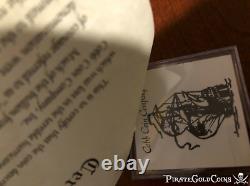 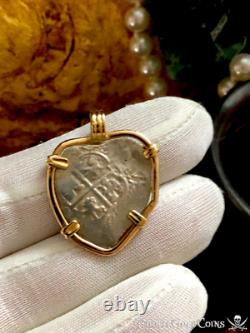 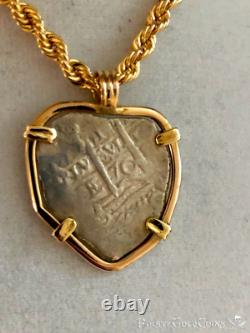 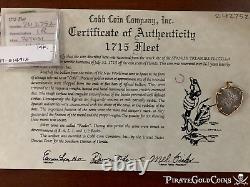 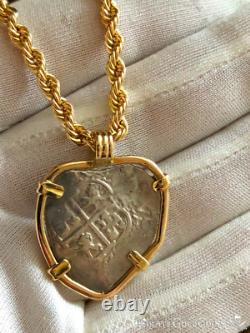 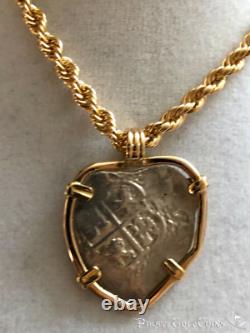 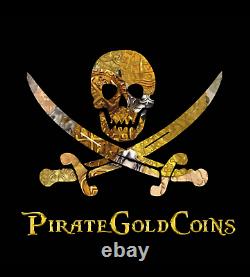 The 1715 Treasure Fleet was a Spanish treasure fleet returning from the New World to Spain. In the evening of July 30, 1715 , seven days after departing from Havana, Cuba, 11 of the 12 ships of this fleet were lost in a hurricane near present day Vero Beach, Florida.

Because the fleet was carrying silver, it is also known as the 1715 Plate Fleet (plata being the Spanish word for silver plate). Some artifacts and even coins still wash up on Florida beaches from time to time. Around 1,000 sailors perished while a small number survived on lifeboats. Many ships, including pirates, took part in the initial salvage. Initially a privateer, Henry Jennings was first accused of piracy for attacking such salvage ships and claiming their salvages. Thus, earning this coinage the name of Pirates Gold!

The story begins with the War of the Spanish Succession ending, as well as the death of the Spanish Queen. King Philip found a new bride, Elizabeth Farnesse, Duchess of Palma and needed a new Queens Dowry. The king would send two separate fleets to the New World (after the Government had cancelled all sailings from the Americas to Spain for two years), which would load up at separate ports Vera Cruz and Cartegena, then meet up in Havana.

The plan was to have one large Armada with a heavy navel escort, carrying the accumulated precious metals and jewels from the last three years. Of which, the average year sailed in between 90 and 120 million francs. Treasure The Cartegena Fleet arrived first in Havana (in March), loaded down by chests filled with Gold coins (from Santa Fe de Bogota), Colombian Emeralds from Muzo mine and gold jewelry from Peru.

Awaiting the fleet of Vera Cruz, commanded by Gen. Don Juan Eseban de Ubilla, carrying Gold and Silver ingots. However Don Juan was delayed in Vera Cruz awaiting pack mule trains from Acapulco. Finally in the first week of May the mule train arrived with their silks, ivories and blue and white porcelains. The details of the Queens jewels are blurry at best, but were known to include and Emerald ring weighing in at 74 carats, a heart designed from 130 matched pears, a pair of earrings each of 14 pears and a rosary of pure coral.

There were 8 chests in total and stowed in Ubillas cabin (who was a senior military officer and had overall command). After many other delays, finally the Galleons left Havana on Wednesday July 24th, with favorable winds pushing them at nearly 6 knots. By the 29th the winds were over 70 knots, with gusts hitting over 100 knots.

The chaplain said, the water flew in the air like arrows, doing injury to those it hit. Finally, at 2:30am on July 31st, the flagship hit the reefs and torn apart, throwing all off her decks and 223 sailors were pounded to death by the rocks. More than 700 men were missing, wreckage and bodies scattered for almost 30 miles along the coast.

For the next four years the Spanish attempted to salvage the treasure, but finally ceased in 1719. The dangers or sharks, pirates and Indians were just too great. There was an estimate of 14 million pesos registered treasure lost. This sunken fleet of Galleons is still giving up her Treasure!

In 2010 the claim owners discovered the only bronze swivel gun ever found on the 1715 Fleet. Tucked away inside this the bronze cannon were 51 Gold Escudos and 40 Silver Reales. Most recently, another find of 50 Feet of Gold Chain and 5 additional Gold escudos were just recovered, approx.. The item "1715 FLEET 1 REALE MEL FISHER COA GRADE 1 PENDANT PIRATE GOLD COINS JEWELRY COB" is in sale since Friday, October 30, 2020. This item is in the category "Coins & Paper Money\Coins\ World\North & Central America\Mexico\Colonial (up to 1821)".

The seller is "pirategoldcoins" and is located in La Jolla, California. This item can be shipped worldwide.