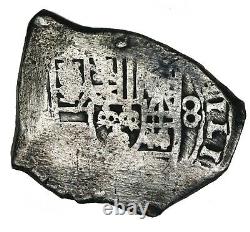 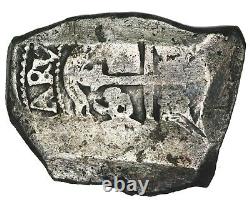 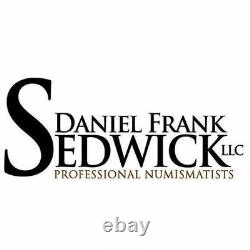 It was a typical case of overloaded Spanish galleons foundering in a hurricane after delayed departure. In effect the 1715 Fleet was a combination of two fleets: the Nueva España New Spain, i. Mexico Fleet from Mexico and the Tierra Firme (Mainland) Fleet from South America, some 12 or 13 ships in all. Hundreds of the crew and passengers lost their lives while other hundreds of survivors improvised a camp on shore to await aid from the Spanish fort at St. Augustine, to which a party was sent.

Salvage commenced soon afterward and lasted for several years. Nearly half of the vast treasure (at least the registered part) was recovered and kept in a nearby storehouse. In 1716, a flotilla of British freebooters under Henry Jennings raided the storehouse and carried off some 350,000 pesos of the treasure to Jamaica. The Spaniards, however, resumed operations until they could salvage no more and quit in 1719. The rest of the treasure remained on the ocean floor until our time.

Modern salvage on the 1715 Fleet began in the late 1950s, when local resident Kip Wagner found a piece of eight on the beach after a hurricane and decided to pursue the source. With the help of a 1774 chart and an army-surplus metal detector, he located the original Spanish salvage camp and unearthed coins and artifacts. Then, using a rented airplane to spot the underwater wreck site from the air and check the location again by boat, Kip found the source of the coins and soon formed a team of divers and associates backed by a salvage permit from the State of Florida. All of this took place over a period of years before it evolved into the Real Eight Company, whose ranks later included such luminaries as Robert Marx and the flamboyant Mel Fisher. The Fisher family still sub-leases the sites to hopeful salvagers today.

The vast treasures yielded by the 1715 Fleet in our time fall into nearly every category, from coins to jewelry, precious stones to cannons, religious artifacts to Chinese porcelains. The 1715 Fleet remains the worlds largest source for New World gold cobs, while the silver cobs recovered number in the hundreds of thousands. Promotions of the coins by Real Eight and others have spanned the decades, in addition to significant auctions by Henry Christensen (1964); Parke-Bernet Galleries (1967)and Sotheby Parke Bernet (1973); the Schulman Coin and Mint (1972 and 1974);Bowers and Ruddy Galleries (1977); and even the U. Despite a wealth of publications pertaining to the 1715 Fleet with names of the ships and the known locations of some of the wrecks, there is no universal agreement as to the identity of the vessel at each wrecksite. As a result, salvagers over the decades have resorted to nicknames for the sites based on landmarks, local individuals, and even features from the wrecks themselves, such as (from north to south): Pines (Sebastian), Cabin (Wabasso), Cannon (Wabasso), Corrigans (Vero Beach), Rio Mar (Vero Beach), Sandy Point (Vero Beach), Wedge (Fort Pierce), and Colored Beach (Fort Pierce).

Is the world's premier specialist in the colonial coinage of Spanish America, shipwreck coins and artifacts of all nations. In addition to our Online Store, we sell coins and artifacts at various numismatic shows around the nation. All items are guaranteed authentic. (9) Any reproduction of the text and/or images in this listing in whole or in part is strictly prohibited without the express permission of Daniel Frank Sedwick, LLC. (International Association of Professional Numismatists) membership accepted June 22, 2010.

This item is in the category "Coins & Paper Money\Coins\ World\North & Central America\Mexico\Colonial (up to 1821)". The seller is "sedwickcoins" and is located in Winter Park, Florida. This item can be shipped to United States.