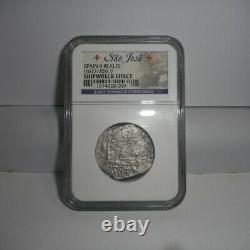 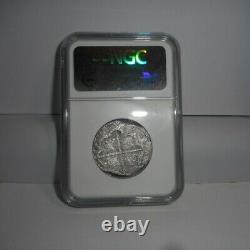 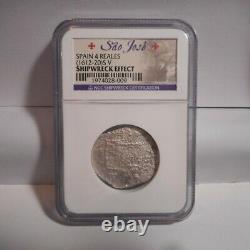 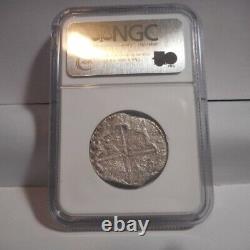 SPAIN 4 (1612-20)S V REALES. Sailing in haste from Lisbon in 1622, the São José was the Almiranta of a fleet on a King's mission. It was transporting royal treasure to Goa, the capital of Portugal's overseas empire. Traveling with the fleet was Francisco da Gama, the great grandson of legendary Portuguese explorer Vasco da Gama, en route to Goa, India, to reign as Viceroy.

After entering the Strait of Madagascar, the São José was attacked by a combined force of Dutch and British East India Company ships. They battled heroically for several days, but in the end, the São José and the royal treasure were lost off the Mozambique coast. This coin listed is part of that treasure! Pics have been taken with and without flash.

This item is in the category "Coins & Paper Money\Coins\ World\Europe\Spain". The seller is "roadsofar" and is located in Deming, New Mexico. This item can be shipped to United States.